JAXA provides 28 GCOM-C physical products such as aerosols, chlorophyll concentration and sea surface temperature, etc. GCOM-C downlinks such a large amount of observation data as 60-90GB per day, and 1TB per day products are created after data processing. When upgrading the algorithm version, it is necessary to process by going back to the past data. Since it requires a very large-scale re-processing capability, we demonstrated experimental re-processing to confirm whether we can reduce processing time by using JSS2. The calculation result is shown in Table 1. We confirmed it possible to process one day's worth of data in 1.25 days with 280 cores of JSS2. We will implement larger resources of JAXA’s next supercomputer JSS3 for real re-processing and reduce the computing time accordingly. 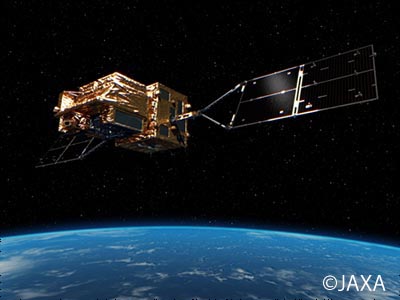 GCOM‐C*(SHIKISAI) was launched on Dec. 23rd, 2017. It is conducting long‐term and continuous global observation and data collection to understand the mechanism of changing radiation budget and carbon cycle needed to project future temperature rise accurately.
*GCOM-C : Global Change Observation Mission –Climate
Please refer to Figure 1, 2 and 3 as for examples of the processed images. We are providing such spectacular earth observation products to users.

Table1: The computing resources for the experiment.
※We will reduce the computing time with larger number of CPU cores of JSS3. 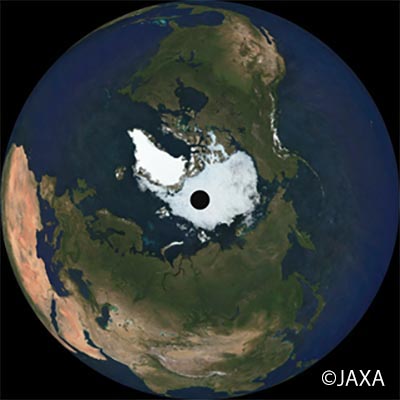 The purpose of re-processing is to correspond with version-up of computing model and algorithm performed periodically. 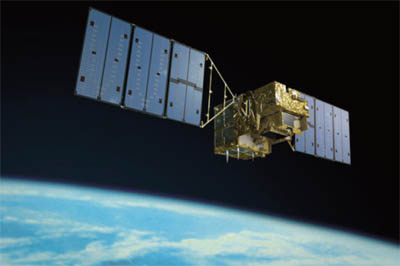 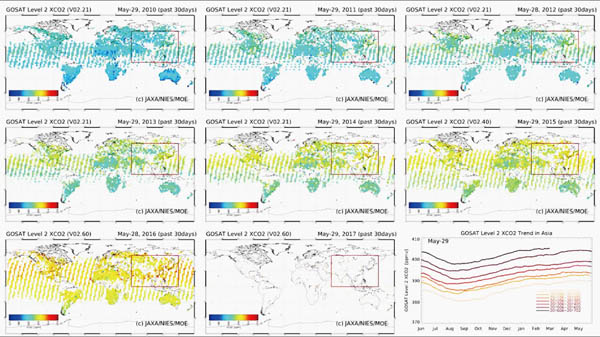 GOSAT (IBUKI) was launched on Jan. 23rd, 2009 in order to measure the concentration of greenhouse gases globally. It carries two sensors that is; TANSO-FTS to measure carbon dioxide (CO2) and methane (CH4), and TANSO-CAI to measure clouds and aerosol.

JAXA re-processed 6.5 year TANSO-FTS data in Nov. 2015 (last year) by utilizing JSS2. It took only 11 days, and we could verify speedup more than 30 times comparing with one year by using conventional computers. We are planning TANSO-FTS level 2 and 3 re-processing and TANSO-CAI perfomance verification in future. 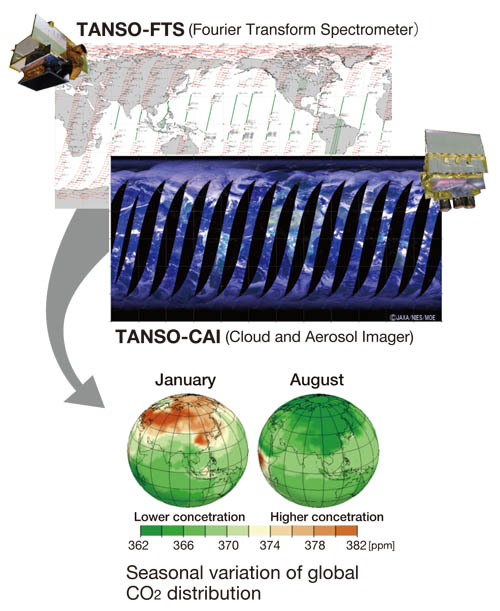 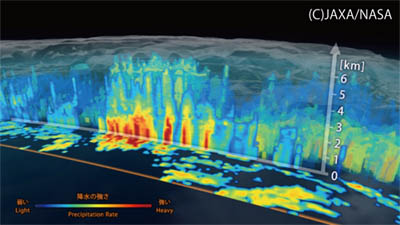 JAXA re-processed 2.3 year DPR data in June 2016 (this year) by utilizing JSS2. It took only 15 days, and we could verify speedup more than 7 times comparing with more than 3 month by using conventional computers.