The development of new aircraft requires a high-speed and precise computational program which enables to reproduce the actual environment. To this end, we have proceeded with the development of high-speed compressible flow solver with geometric wall models and LES wall models based on the high-resolution hierarchical , orthogonal and equally spaced structured grids.

The computational grids near the aircraft body is finer than the outside. So we can calculate with high accuracy around the high lift devices and landing gears. 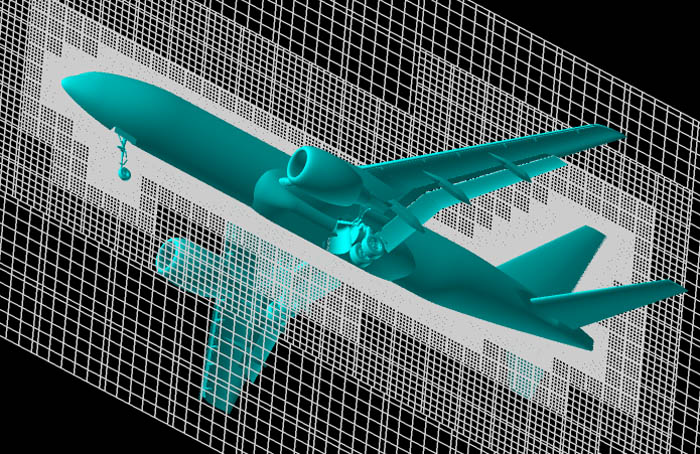 Computational grid around the aircraft

The images below show the flow around the aircraft in flight at a seven-degree attack angle. We can see that the flow varies in complexities depending on the shape of the aircraft. 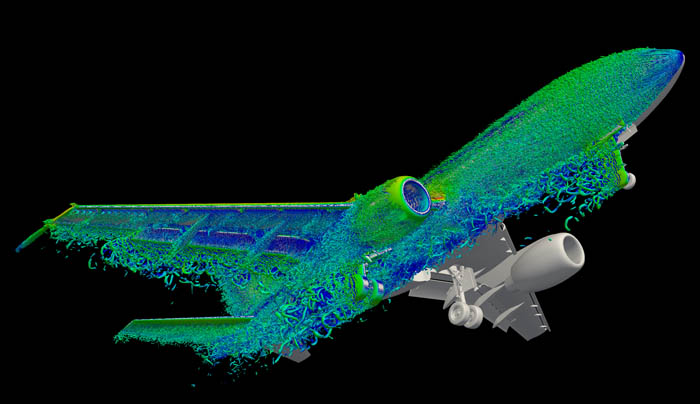 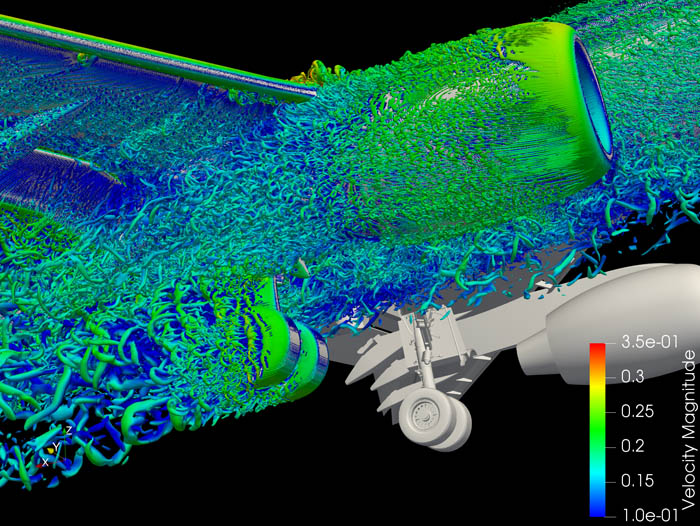 Movie of the numerical simulation of the aircraft